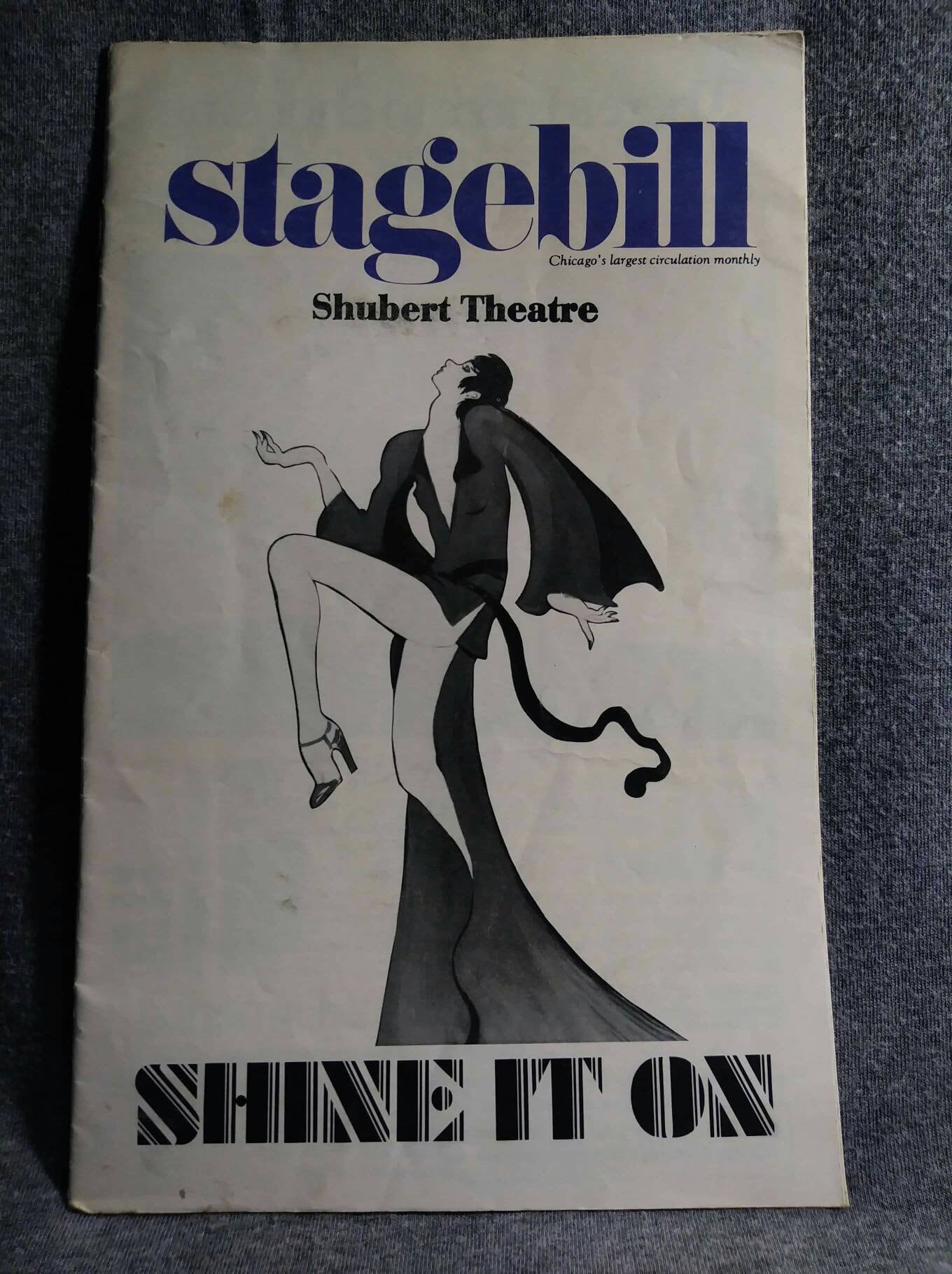 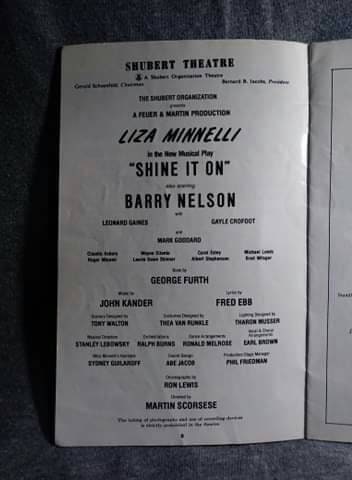 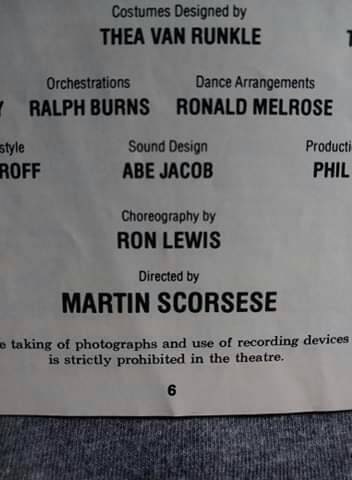 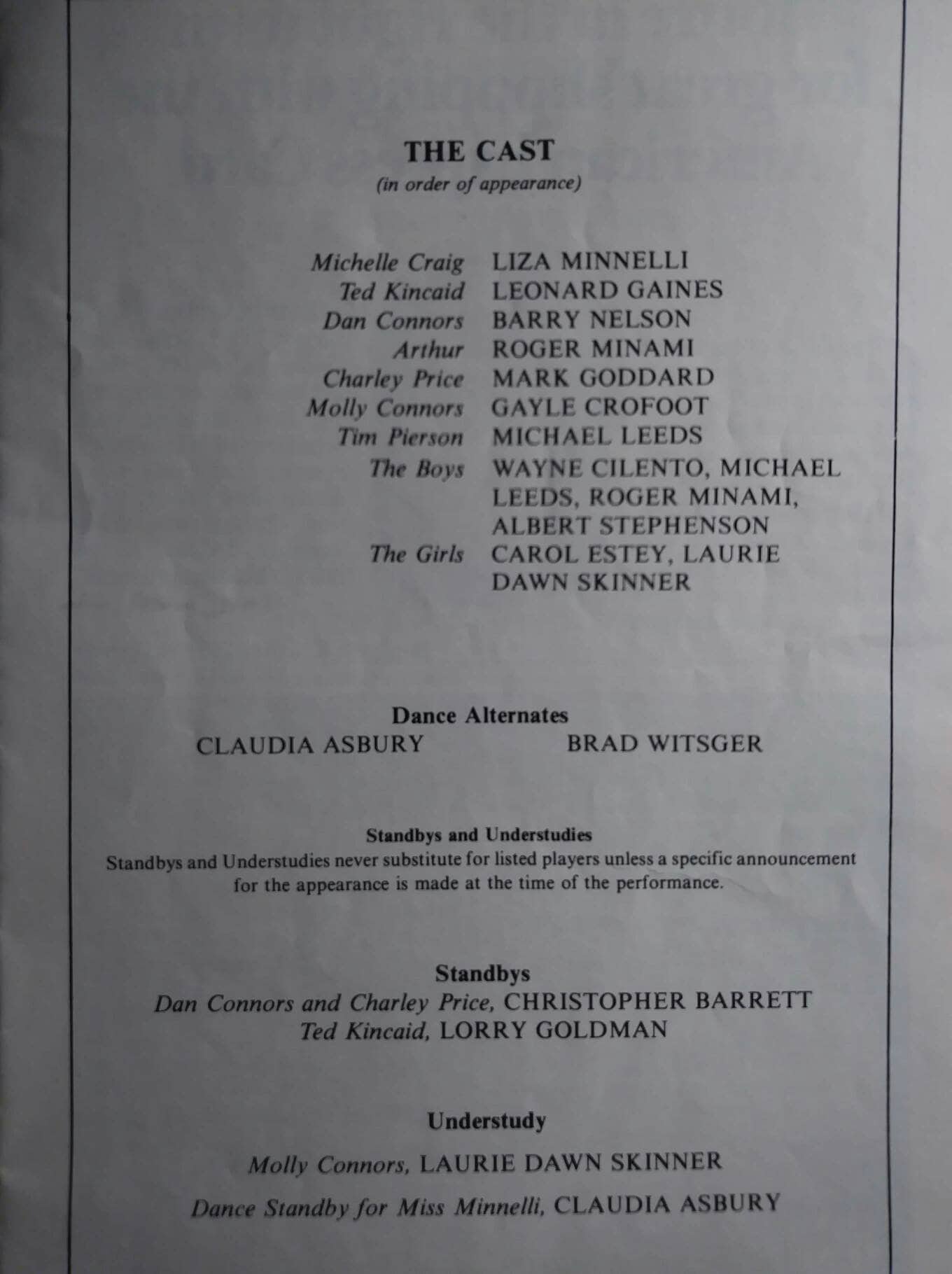 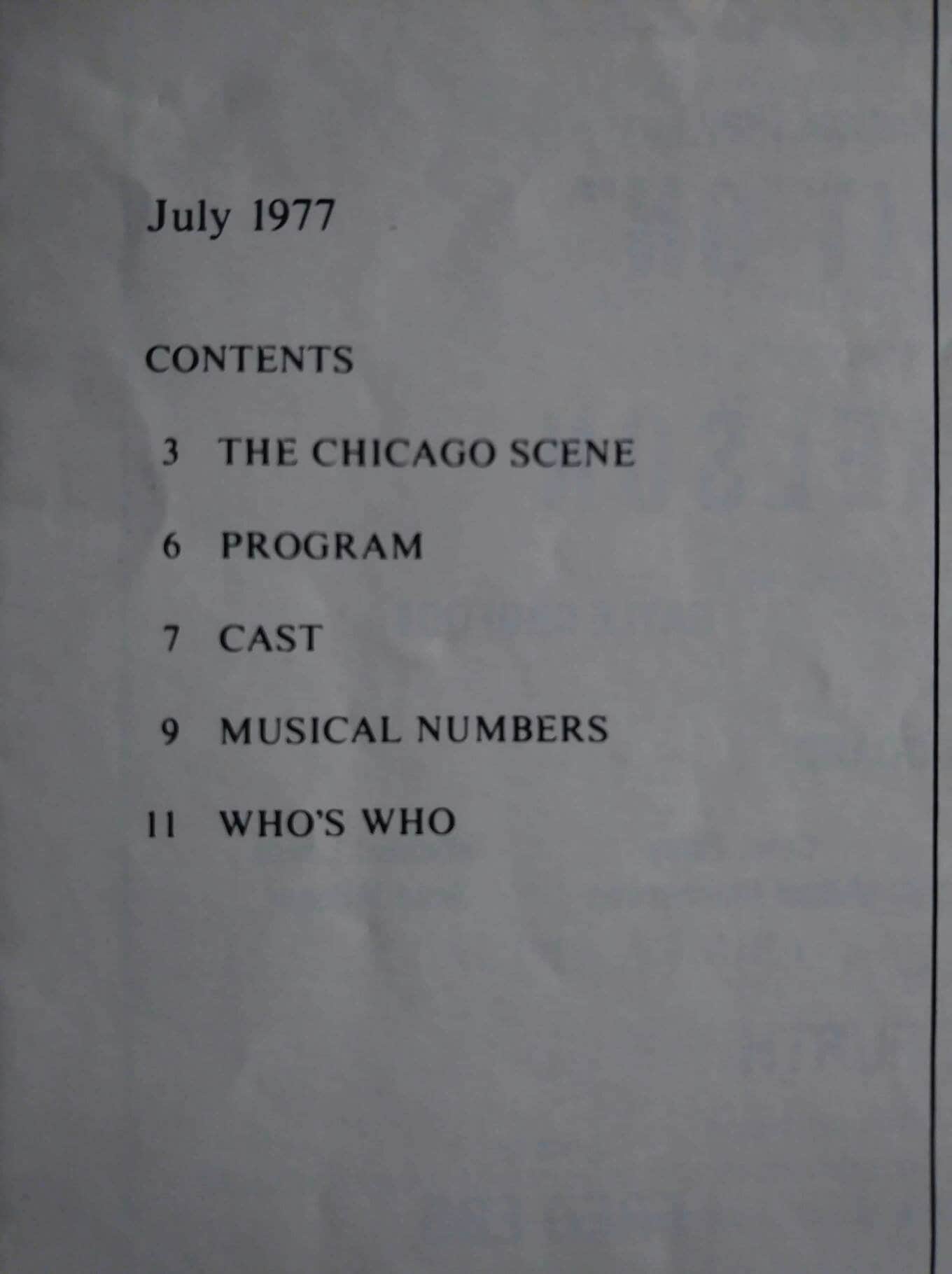 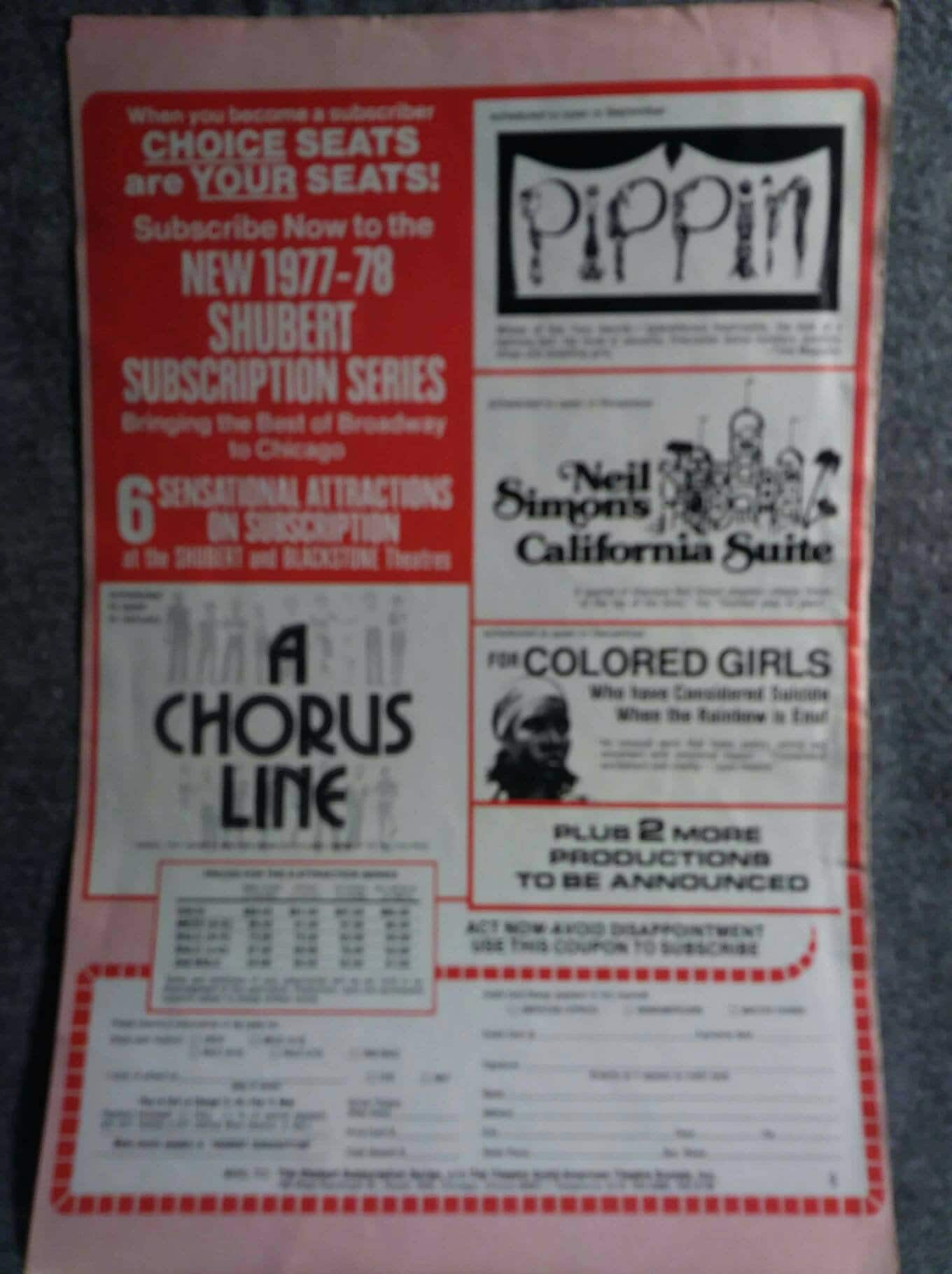 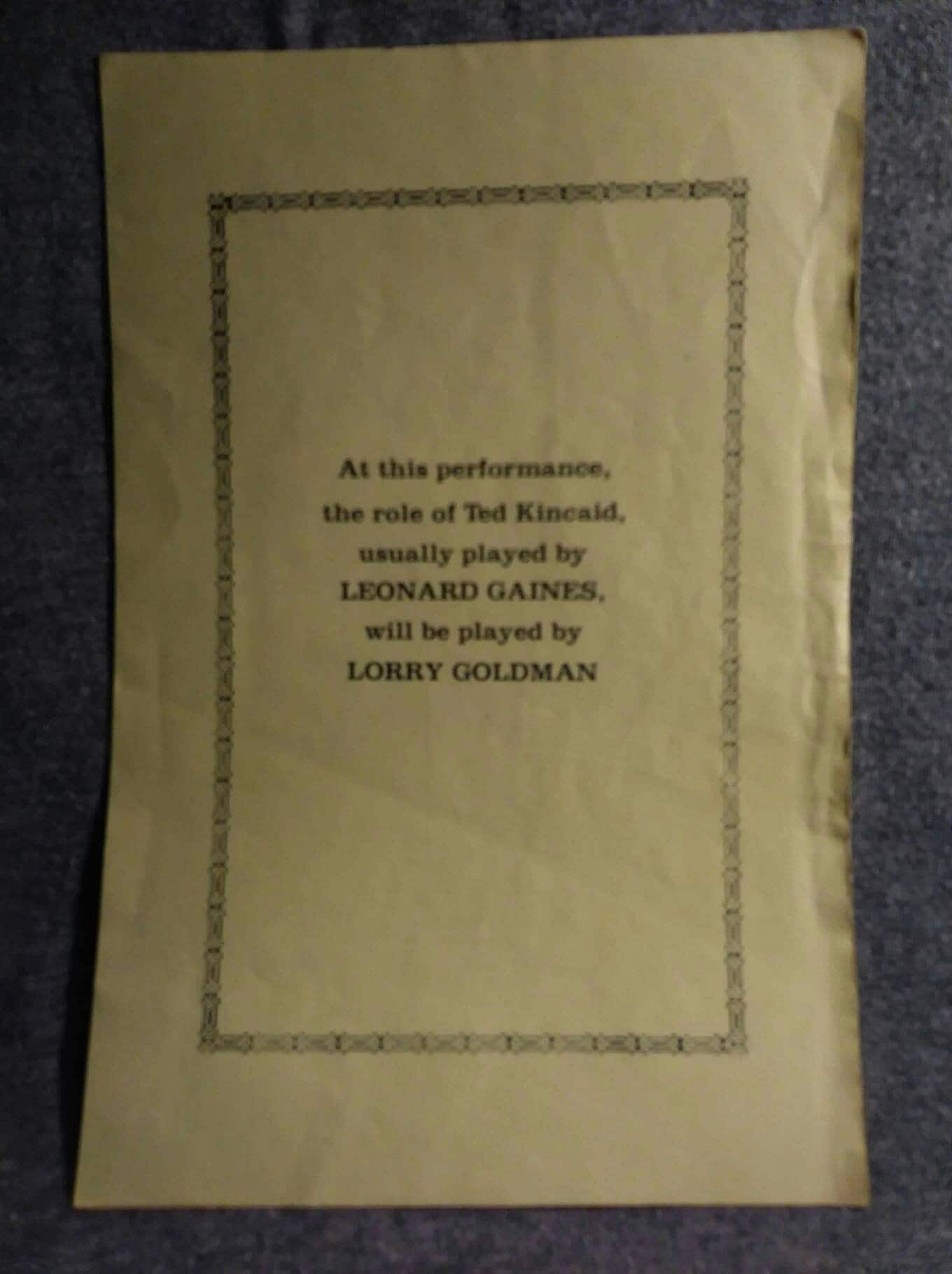 Well this one is a rare find. Not to many of them floating around. This was a short lived show. The only reason Liza did this show was because she was involved with Martin
Scorsese. Yes, the film director. Well Martin had a big blow out with the show's producers and quit the show. Liza soon followed and the show not only bombed. I think it crashed and burned. The show was months later more stylolizaed for Liza and opened on Broadway as The Act. I believe Shine it on was one of the last plays Martin Scorsese directed. He defiantly is more a Movie man.
This vintage stagebill is from the Shubert theater Chicago July 1977. Age wear the binding is great. All pages are in tact no bends or tears. There is a little yellowing of the paper from age. Great gift for a Liza fan or a theater buff.

Any questions, I am always happy to help.

Thank you for visiting. Have a fabulous day.

I'll do my best to meet these shipping estimates, but can't guarantee them. Actual delivery time will depend on the shipping method you choose.

Ship items back to me within: 14 days of delivery

Request a cancellation within: 12 hours of purchase

But please contact me if you have any problems with your order.

The following items can't be returned or exchanged

Because of the nature of these items, unless they arrive damaged or defective, I can't accept returns for:

Questions about your order?

Please contact me if you have any problems with your order.

Your information that you provide is for the sole purpose of processing your order. Through Etsy to me. Your private information will never be shared for purposes other than that process. Purchasing information is used soley by Etsy for exchange of payment only. Personal address information is only used for the purpose of shipment of your purchase to you. If you have any questions or concerns, please feel free to contact me.
heather@oldstuffwelike.com
Phone: 843-597-3569
Oldstuffwelike
427 Wallace Drive
Charleston, S.C. 29412

PLEASE BE ADVISED ALL INTERNATIONAL SALES ARE FINAL. Sorry for any inconvenience. PLEASE VIEW pictures of items. Before purchase if you have any QUESTIONS OR CONCERNS, please contact me I am always happy to help.

0 items in your cart